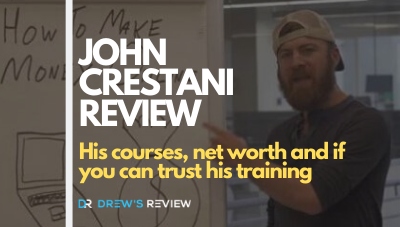 Heard of John Crestani? If you haven't, then it is likely that you would have heard of some of the products that he has put together, namely Internet Jetset and Super Affiliate System.

So strap in for this review to see if this "guru" is someone you can learn from.

Who is John Crestani?

Well, for most people, the first impression they will get of John Crestani is the fact that he runs a YouTube Channel. Here, he educates the masses about affiliate marketing. Although his YouTube channel is useful, it mostly exists as a funnel to the various products that he sells. So, he is an experienced marketer in that regard.

In terms of who he is, John is around 30. Is a college dropout, and took up internet marketing in a bid to make ends meet. It is pretty much your standard origin story for many of the top internet marketers nowadays. 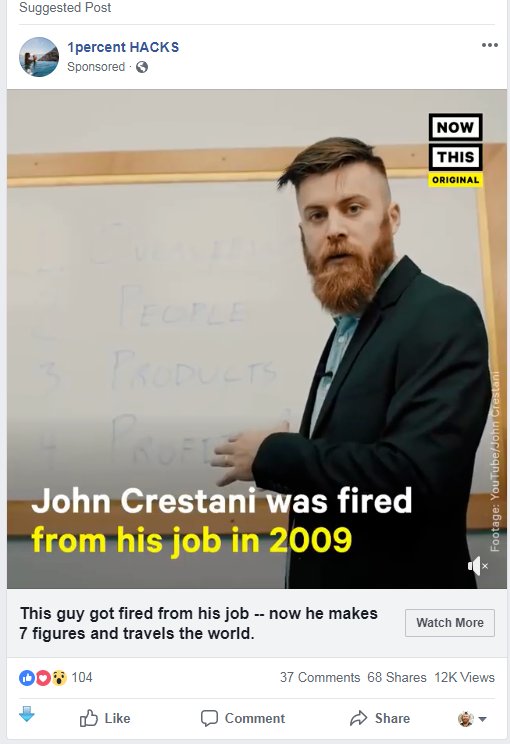 Although, John seems to have made a bigger success of it than some other people, which means you are able to trust the work that he does.

Now, I can't tell you for sure how much money John Crestani actually makes. I did want to do that in this John Crestani review, but the problem is that there is no real solid information out there.

He is probably earning a whole lot more each month than you can think. Most of this income comes from the products that he sells, but he also makes a large amount of cash from his affiliate network too.

After all, this is a guy who really does practice what he preaches.

It would be amiss of me to write a John Crestani review without touching a little bit on why people love him in the first place.

To put it simply; he is a personable guy. It is one of the reasons why he is so popular on YouTube. People absolutely love his personality. He is also a person who knows how to convey information in a way that can actually be understood by somebody that is fairly new to internet marketing.

I don't know how many internet marketers you have purchased products from before, but most of them make the information that they are sharing long and convoluted, even when you are paying a huge amount of money for the course.

To cap it all off; this is a person that has proven that the methods he shares works. So, while his courses can be a little bit on the expensive side, you can trust what you are reading.

Internet Jetset is John's 'base' system. Well, it was one of the first that he launched, at least. It is still wildly popular and will teach you the basics of internet marketing. This includes choosing the niche you want to operate in, choosing products to act as an affiliate for, writing content, and gaining traffic.

The course can be a touch on the expensive side. This is, in part, because every purchase of Internet Jetset will provide you with access to various webinars that John puts together. He normally does about one per week.

The course is meant to take around 6-weeks, but you can take as long as you want looking over the material. What you find here is going to be unlike anything you have ever seen before in programs like this.

This is genuine information that works, and despite Internet Jetset being around for a decent amount of time, it is still a method that works.

The Super Affiliate System Pro is his main course, and it covers a lot of the same ground that Internet Jetset does, although it expands in certain areas. It is a 7-week course, and goes into depth on everything you need to know about internet marketing.

You can jump on a free webinar here to learn more.

There are people who have used the Super Affiliate System 2.0 to make serious amounts of cash online. However, if you want to be in the same boat as these people, you are going to be earning a decent sum of cash. Although, do bear in mind that the information he shares is going to be quite in-depth.

Thankfully, along the way, John has included helpful little tests so you can see the areas that you have learned and areas where you need to improve. It is a nice interactive course like this, and it will provide you with encouragement every single step of the way.

Of course, you are also going to get access to all those cool little webinars where you are able to pick John's brains and learn a little bit more about how he earns the amount of money that he does.

I took it upon myself to jump into his course so if you want more details please check out my Super Affiliate System review.

Is John Crestani a Scammer?

I know that there are a couple of negative reviews about him online, but to be honest, a lot of these are from people who haven't actually followed his courses....or perhaps have their own agenda.

I know his courses tend to be expensive, but this doesn't necessarily make John Crestani a scammer. He knows that the knowledge that he shares through Internet Jetset and Super Affiliate System is quality knowledge, and he knows that it is worth the money that he is charging for it.

So, if you do pick up one of his courses, I can promise you that it is going to be of a ridiculously high quality, and it will help you to make the money that you want online.

Although, do bear in mind that you are probably not going to need both of his courses. Choose the Super Affiliate System for the bulk of the content. You don't need everything. It would get a little bit too expensive.

Hope you enjoyed this review of John Crestani. Feel free to leave any comments below! 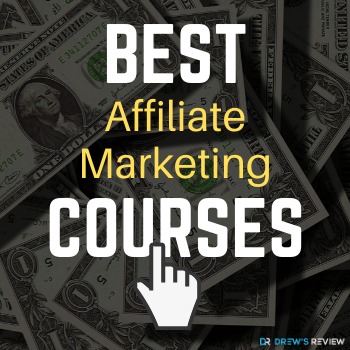 There's many courses out there and I agree, it's tough to pick the right one - just too many options.

John's training is great if you want to do paid ads, but what about getting free traffic through the search engines? This traffic converts the best because it's very targeted.

I challenge you to look at my recommendations. Note - I bought all these courses and more. Only these I recommend for affiliate marketing.

8 thoughts on “John Crestani Review: His Courses, Net Worth and if he’s a Scam”