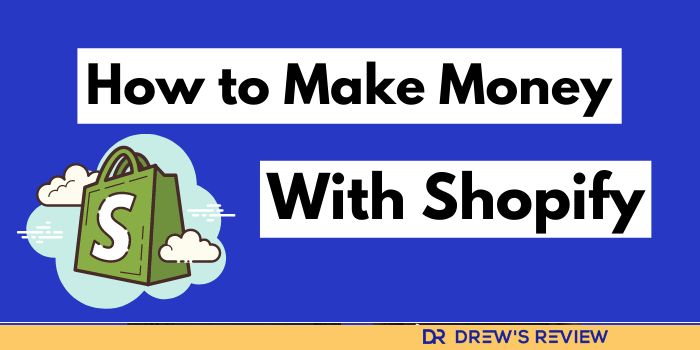 So you want to make money with Shopify do you?

Did you know that there are more ways to make money with Shopify than running an online store?

In this article I will tell you how you can earn with Shopify.

In some cases you can do it without any money.

Sound surprising? Read on to find out.

There are 4 ways to Make Money with Shopify

Let's jump straight into the details.

1. Use it to Start Your Own E-Commerce Store

Maybe you have your own brick and mortar store and want to go online as well.

Shopify is going to be an excellent choice for you to present your products to the world.

If you're not online, you are losing out. Traditional brick and mortar stores need to get with the times and get online.

Maybe you don't have a physical store but have items to sell. You might be on eBay and it's not cutting it and looking to have your own website.

If you're not currently selling anywhere and want a website, then Shopify is your best bet.

This is because it's easy to use, requires no special coding and looks professional. 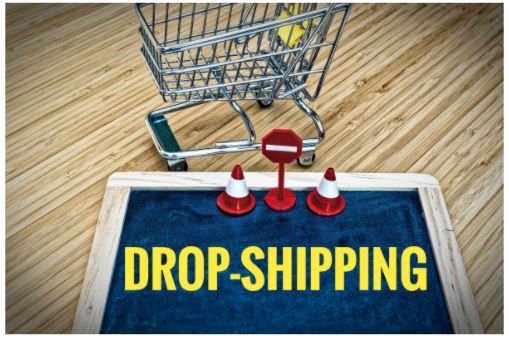 If you don't have anything to sell, then no worries.

You can still make money with Shopify doing dropshipping.

This is where you can have a Shopify store without ever storing any items in your bedroom, garage or doghouse.

You will list items on your Shopify website from supplied images and when someone makes a purchase, you simply order it from the vendor.

The manufacturer then ships the item(s) to your customer on your behalf.

You make money here because of the markup.

Typically markup is anywhere from 100%- 500% or more on items that are sold on a Shopify dropshipping store.

There are plenty of droshipping stores that use the Shopify platform. Shopify makes it easy to make money using their platform for dropshippers.

3. Use it to Make Money With your Social Media Presence 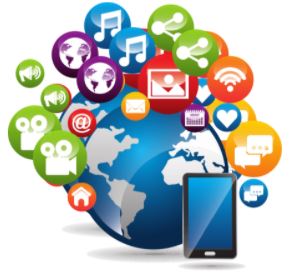 You can also make money on Shopify from your social media following.

If you have a lot of followers on social media, whether it's Instagram, Facebook or some other platform. you too can make money using Shopify.

If your social presence can be tied to a product, you can make money here.

Let's say for example you have an instagram account that focuses on fitness. You could use that traffic to drive people to your Shopify store.

On your Shopify store you could adapt the "dropshipping" model as described above and list products in your niche to sell.

Or, if you have your own product(s) you could create a store for that as well.

The best part is driving to traffic to your store would be free because you would include it in your bio and also through links in posts, etc.

Get a 14 FREE TRIAL on ShopifyNo Credit Card Required!

The fourth way to make money with Shopify is by promoting Shopify itself through their affiliate program.

You will earn 20% commission on a monthly basis provided the store created under you remains active.

What's great is that this is recurring, passive income.

This is essentially called affiliate marketing and it's a great way to make money online.

It's one of my favorites.

If you've got a blog, email list or social following, this is how you make money with Shopify without spending any money.

If you're a designer or developer, you can also make money through the Shopify Partner Program.

You can develop a theme which integrates with Shopify which you can then publish to the Shopify Theme Store.

If you're an APP builder, you can create an APP which integrates with Shopify which you can then upload to the APP Store.

So as you can see, there's big money with apps that you can sell on Shopify.

Here are some of the most popular questions asked when it comes to making money with Shopify.

How much does the average Shopify store make?

This is a tough question to answer because there is no such thing as an "average Shopify store."

This is because if you are selling low ticket items, your revenue is going to be different than a store with high ticket items.

However, there are some Shopify store owners that make 6 or 7 figures a month.

Let that sink in.

Is selling on Shopify worth it?

To answer this question, let's look at the alternative.

The closest thing to Shopify would be setting up a wordpress site and integrating a plugin like WooCommerce.

You'd need to integrate either paypal and some other payment gateway. If you are using the WooCommerce Payments plugin, you will need to pay 2.9% plus 30 cents per transaction in fees.

You would also need to get hosting which on average costs around $100 a year for a decent host.

If we compare it to Shopify Lite which is just $9.00 a month, the fees for accepting credit cards are less at 2.4% per transaction.

There are no hosting fees either. It's included with the $9.00 monthly fee.

So, not only is Shopify cheaper, but it is MUCH EASIER to set up and maintain your store.

WooCommerce can be bugggy at times and you still need some knowledge of how wordpress works to make it look good & functional.

So yes, Shopify is worth it for both price & functionality.

This is especially if you are new. I wouldn't go with anything other than Shopify if you are just starting out.

What are the disadvantages of Shopify?

It does have some cons. For example, if you are good with SEO, (search engine optimization) you will find that you won't be able to customize the url structure exactly how you want to.

It can be limiting. For some SEO's this might be frustrating.

If you are planning on setting up a blog on your Shopify site, you might have some challenges formatting the pages.

This is because Shopify is coded to present products and not set up to be a blog.

Can you make Money Dropshipping with Shopify?

This is because of a few reasons:

1. Trust Factor. When people see your dropshipping site has been created with Shopify, they know it's not some fly-by-night website.

Trust is huge. Trust me!

2. Appearance. People will bounce if they see an ugly site. With Shopify you can choose from many beautifully designed free templates or go all in and get yourself a premium theme.

3, Scalability & Security. When your store grows, you'll be able to scale it with APPS & not worry about security concerns. It's all built in. Hackers don't stand a chance!

Do you need a Business License to sell on Shopify?

You do not need a business license to sell on Shopify. Shopify does not require it.

However, you should check your local laws because even though Shopify doesn't require it, your city might.

Since this varies greatly from place to place, it's impossible for me to tell you. The world is a big place!

You can probably start with a simple Google search like "do I need a business licence for an online business in [your city] - or something like that.

So if I have convinced you that Shopify is the way to go, the good news is that you can get a 14 free trial to test it out.

Put away your credit card. You won't need it for the free trial!

Here are the plans to choose from.

You'll be able to tell which option suits you best by going to the pricing page for more details.

So now you know the 4 ways how to make money with Shopify.

Whether you are a mom and pop shop owner, an aspiring dropshipper, affiliate marketer or developer, Shopify can help you make money.

I hope you found this useful and if you have any questions feel free to reach out to me or comment below.

Get a 14 FREE TRIAL on ShopifyNo Credit Card Required!